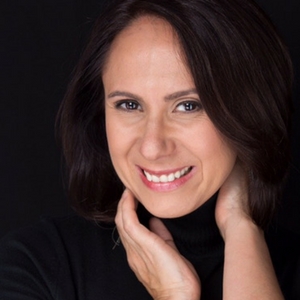 Bio:
Balardini is the Founder, Punto Space; Co-Artistic Director, Nettles Artists Collective; Executive Director/Founder, Group.BR, as well as a theater performer, director, educator, and producer. She directed and co-produced Apple of My Eye/Menina Dos Meus Olhos which was acknowledged by UNICEF for its ‘inclusion in the arts’ initiative and won a 2016 Brazilian International Press Award

Disruption:
Balardini is elevating the profile of experimental and physical theater in combination with traditional and contemporary forms of dance, movement and the performing arts in general. She fosters a unique exchange with Paris based Pantheatre Company, a biannual event bringing European masters to provide training in NYC. Punto Space is an innovative raw space and performance venue supporting non-profit organizations. She is a social good entrepreneur in the arts. As an example, Apple of My Eye, a production comprised of a cast of 10 professional actors, was the first professionally produced play written and performed by an artist with Down syndrome.

Mentorship:
While her work embraces experimentation and diversity in the performing arts, Balardini has been particularly recognized for her efforts to provide opportunity for Latino/Brazilian performers and performances. She provides individual mentorship to a number of women, welcomes summer interns every year and promotes GirlTrip.com, a platform to empower young women in the arts.

What’s Next:
After recently directing Episode #10 from Ulysses by James Joyce, Balardini will direct a staged reading of The Seven Little Kittens by Nelson Rodrigues produced by Evoé Collective; direct a one-woman-show, Bother Line, produced by Nettles Artists Collective and premiering in October in her performance space in Manhattan and also developing a theater piece to launch in the fall of next year with Group .BR in which she also performs.

I am disrupting mediocrity within creative, innovative and performing arts fields…reinventing who I am as an entrepreneur, performer, director, and theater educator.