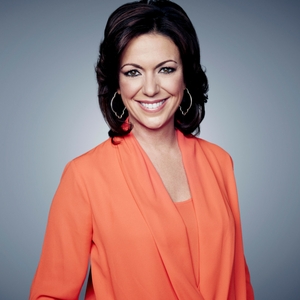 Bio:
Since hitting the anchor desk in 1999, veteran CNN reporter Kyra Phillips has done it all, collecting two Peabodys, six Emmys, two Edward R. Murrows, and numerous Golden Microphones along the way. She is currently a correspondent for CNN’s investigative and documentary units and is also the author of The Whole Life Fertility Plan, a comprehensive guide to help women proactively understand and preserve their fertility options. Phillips has also received the National Global Down Syndrome Foundation’s Quincy Jones Exceptional Advocacy Award.

Disruption:
She has plied the journalistic trade in war zones, interviewed U.S. Presidents and icons such as Mother Teresa and was the first network correspondent to gain exclusive access to CAG9—the elite Navy air wing and the first female journalist to fly in an F-14 air-to-air combat training mission. She has an extraordinary resume of important interviews, investigative reports, and substantive, impactful documentary work. Recently moved from CNN headquarters in Atlanta to Washington, DC.

Mentorship:
Phillips speaks and mentors young women on the issues of career/family decision-making and on the subjects of long term fertility options and infertility therapies as well as providing guidance and professional advice to aspiring and talented younger women. She has been a Big Sister with the Big Brothers Big Sisters of America for 25 years.

What’s Next:
Working on second book and conducting speaking tour to inspire women and has a couple of disruptive documentaries in the works for CNN.

I moved to DC for a better life for my family and six year old twins. Where else can you see George Washington’s teeth and the steps where MLK gave his “I Have a Dream” speech! As an older mom, I have to get it right.