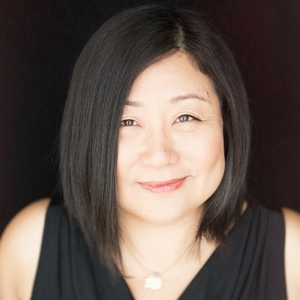 Bio:
Myung Lee is Executive Director of Cities of Service, a national nonprofit organization founded by Michael Bloomberg to help mayors and city officials engage local communities to solve problems together. In the past three years, Cities of Service grew from a $1M operating budget to $4M. The coalition of cities has doubled in size to 215 and has partnered with organizations including Bloomberg Philanthropies, JPMorgan Chase, Walmart Foundation and the Rockefeller Foundation.

Disruption:
Empowering cities to transform how they engage people in service. Myung has built a replicable model that enables citizens and city agencies to work together to fix what’s broken, build trust and form relationships to improve quality of life and city operations. This method has a built-in mechanism for feedback for city governments that’s often missing. Now they can know what’s working (and what’s not).

Role Model:
Myung prioritizes helping others make the connections that she lacked when entering the workforce. She rarely says no to informational interviews or career panels. She coaches her team and makes sure even those in entry-level positions have access to her. She teaches younger female staff members that it’s okay to be blunt and fierce and important to use their voice. She models and openly discusses the need to do what is most important in the moment (whether it’s family life or work life) and encourages her staff to embrace flexibility with their own lives and priorities.

What’s Next:
Promoting partnerships as a way to help mayors build stronger cities. Bringing mayors and other local government leaders to the table with the community – individual citizens as well as corporations and their employees –to tackle public challenges and create stronger and more vibrant cities for everyone.

Effective engagement and partnership can help solve big challenges and the results will help fuel greater trust between government and its citizenry.